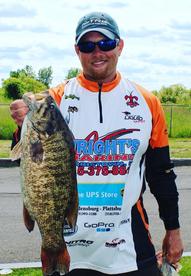 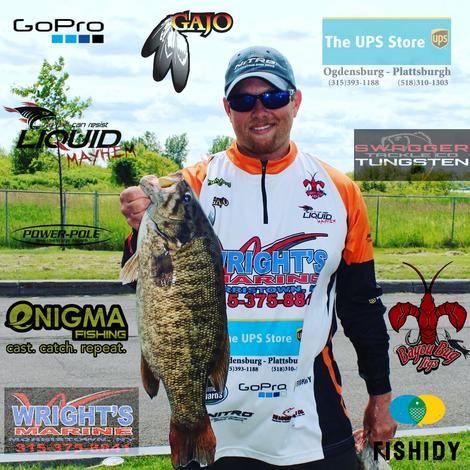 I started fishing at a very young age with my grandmother who use to take me on trips all the time.  We would drive to various places to fish from the shore and I fell in love with the sport.  I fished my first tournament when I was 16 years old as a non-boater.  It was a Military Bass tournament on Black Lake, NY.  Since then I have fished in many tournament trails which include but are not limited to the N.Y. State B.A.S.S. Federation, ABA Weekend Series, Northern NY Bassmasters Team Trail, Northern NY Bassmasters II Federation Club, Avon Anglers, MLF-BFL & the Northeast Bassmaster Series, and MLF Toyota Series.

In 2004 I was lucky enough to marry my college sweetheart, Sherry.  We bought a house in Ogdensburg, my hometown.  We have two daughters that brighten up our lives and love to fish with me!  My oldest fished her first tournament the summer of 2013 and even weighed in a five fish limit!

I fished my first tournament 22 years ago and since then fell in love with the sport.  I have been lucky enough to win many tournaments across several different venues which includes 2 angler of the year seasons with the NNYB II Federated Club, 3 Team of The Year seasons and more.  Read more results here:

I received both my Bachelors & Masters of Science in Education from the State University of NY at Potsdam.  I am currently employed with Morristown Central School as an Elementary teacher where I have been teaching for 17 years.

I am always proud of my hiking accomplishment of becoming an Adirondack 46er.  I spent many hours and a lot of energy hiking those high peaks.  I finished all 46 high peaks of the ADKS in 2002 and I'm officially ADK46er #5066

Sponsored
I have been fortunate enough to be on the prostaff for many companies and currently represent GoPro, Liquid Mayhem, Enigma Fishing, Fishidy, Swagger Tungsten, SkullCandy, & Power-Pole, and Ardent Reels.  For 2022 I am also financially sponsored by Wrights Marine & Gajo Baits.

Featured in a Liquid Mayhem commercial which was featured at the 2017 ICAST show and currently loops on their website.
​
Leadership
I was the acting Media Director for the Northern New York Bassmasters Team Trail for 20 years and volunteer as a guest speaker for the NNYBassmasters Junior Anglers Club.